gouache. signed with title and date

Werfen and Castle of Hohenwerfen.

Eibsee, the Zugspitze and Waxenstein-Kamm. C1960 oil on canvas in Spachteltechnik

The Ortler Spitze from the road over the Stelvio Pass. 1883 watercolour heightened with white bodycolour. signed and dated bottom left. insc. original provenance on label on verso.  55 x 70.5 cms.

It was some time after the attraction of Artists to the more popular Mont Blanc and Matterhorn that mountaineers became attracted to the Dolomites - Dolomiti.

Again it was the author mountaineers who popularised this mountain range to the English tourist. Some of the first paintings by these visitors came from the palette of Josiah Gilbert (The Dolomite Mountains 1864). Amelia Edwards ‘Untrodden Peaks and Unfrequented Valleys’ 1873 had to be re-titled ‘A Midsummer Ramble in the Dolomites’ in 1888 due to the fact that the area was no longer untrodden or unfrequented!

Elijah Walton, who has so successfully introduced the public to the splendours of the Alps had also planned a book of chromolithographs of the Dolomites, but although he painted the mountains, the book was never published.

Edward Theodore Compton became best known for his magnificent paintings, in oil and watercolour, of the Dolomites and Tyrol. His son, Edward Harrrison, followed in his father’s footsteps. 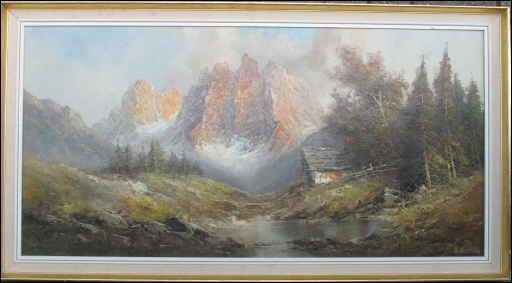 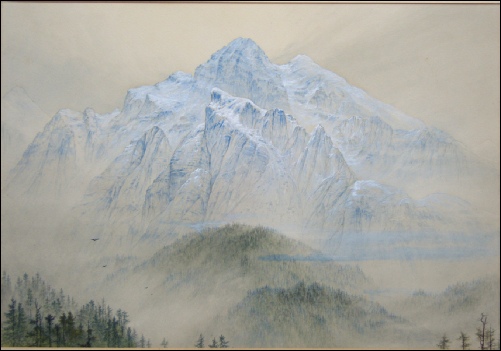 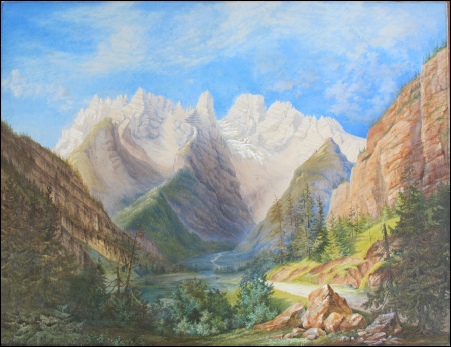 SEO Services by the SEO Specialists