Cust, Arthur [1840-1911] La Meije in Dauphine from la Chatelaire in the Vallon des Étançons 1882 oil on board. signed and dated l.r. 'from an original drawing presented to Fr. Gardiner Esq. on his Marriage by the Artist. the gilt slip inscribed A Cust Meije July 25 & 26 1879' inscribed in ink on verso (artist hand). Cust made the first guideless ascent of the Matterhorn, and west ridge of Mont Collon with Gardiner on 3rd August 1876. 35 x 46 cms. not framed 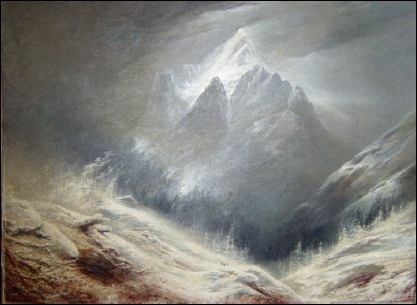 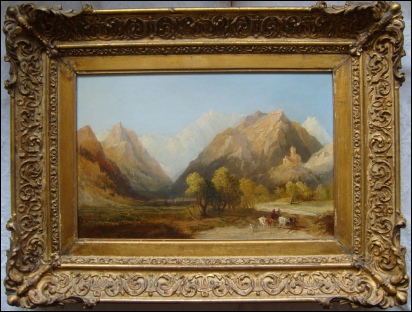 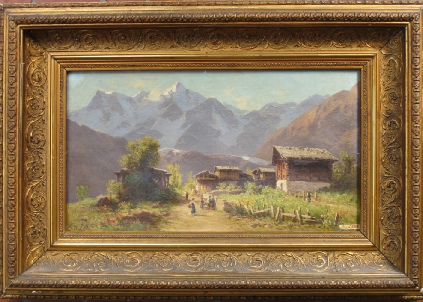 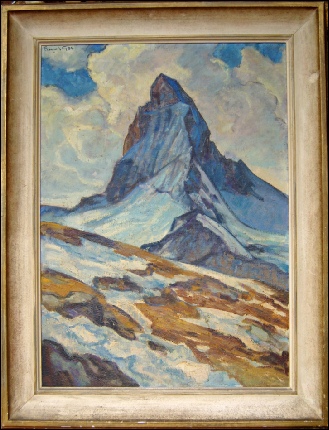 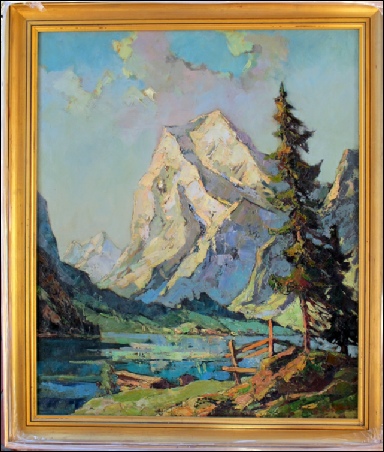 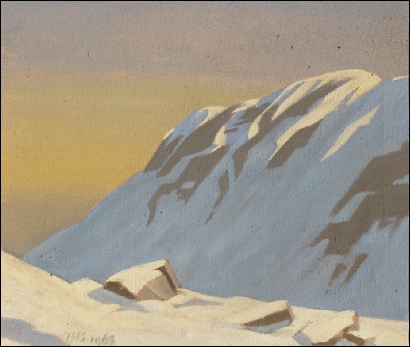 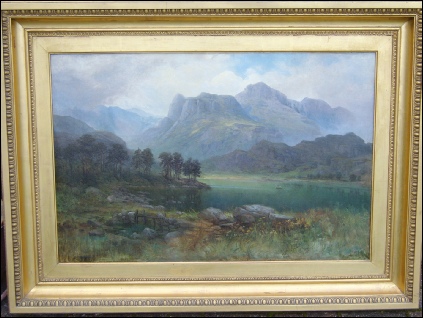 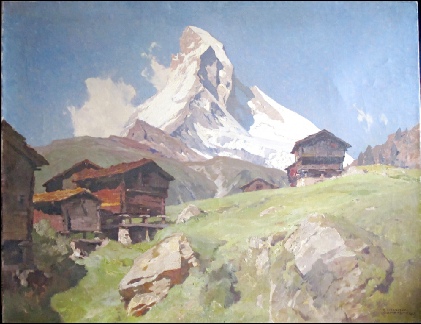 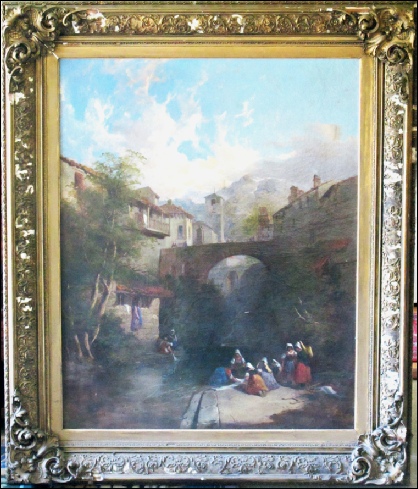 The colours of these mountain oil paintings  will  vary owing to digital images showing  differently between monitor and actual daylight colour. For a larger image The Art of Mountains and Mountaineering - contact astill.tony@gmail.com 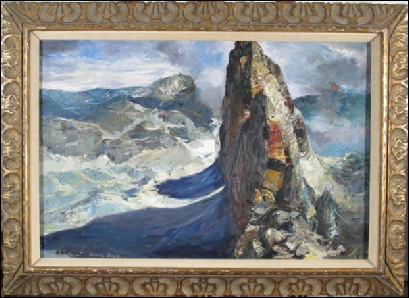 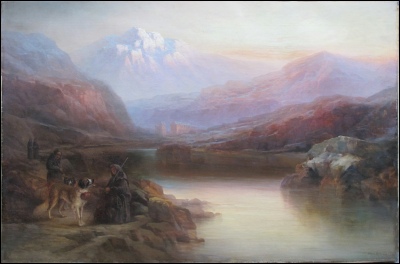 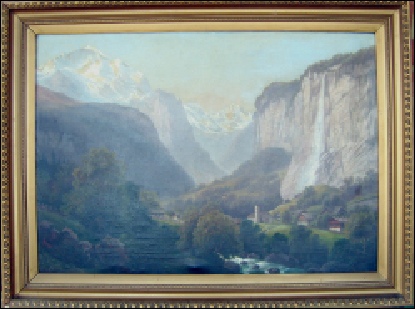 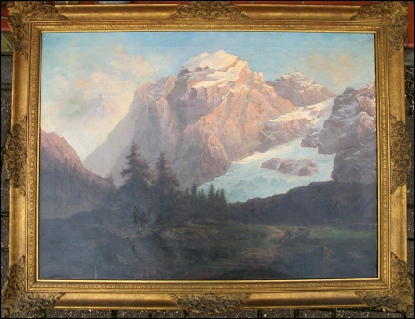 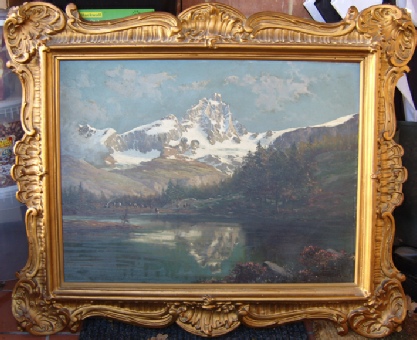 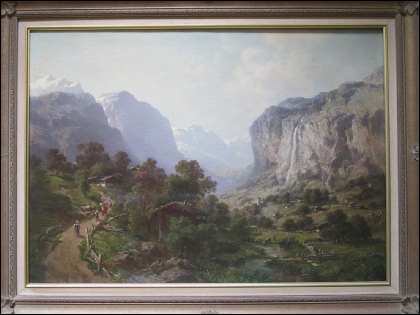 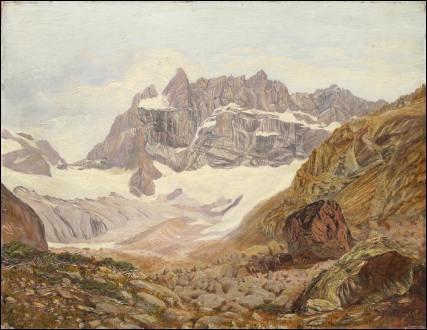 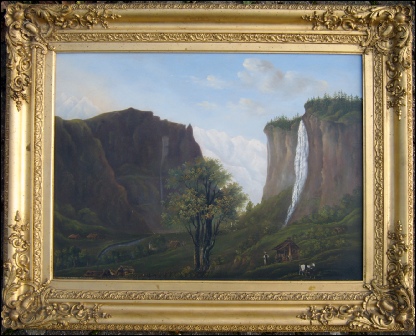 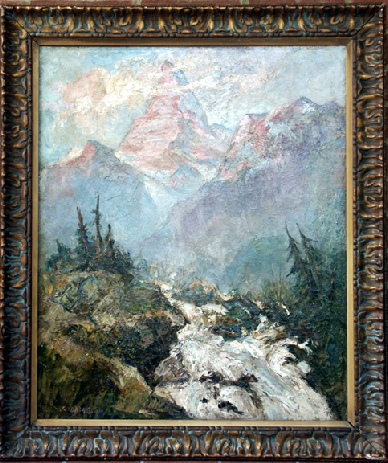 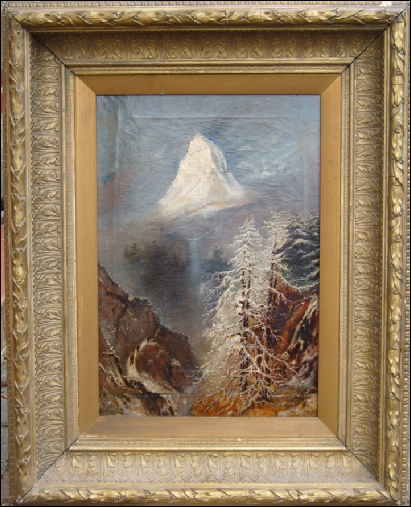 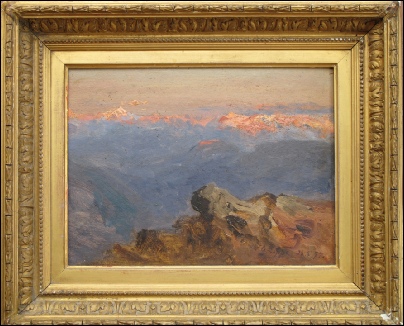 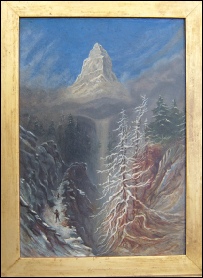 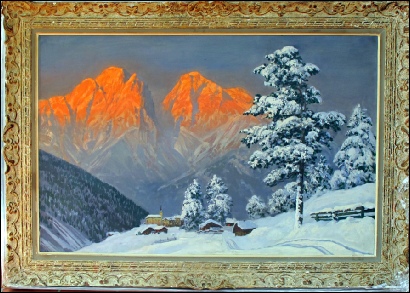